I don’t have much love for the way the Imperial Guard were developed with regard to the Cadian uniform.  The “look a bit like they were 2000AD” inspired Guard are more for my taste.  I don’t mind the other regiments at all such as Tallarns or Mordians and so on I just feel that the Cadians should have been very much like the following John Blanche picture and not the kind of contempoary soldiers inspired design they went for.  But whatever, I am lucky enough to have loads of the old models to work with in monte figero for this project. 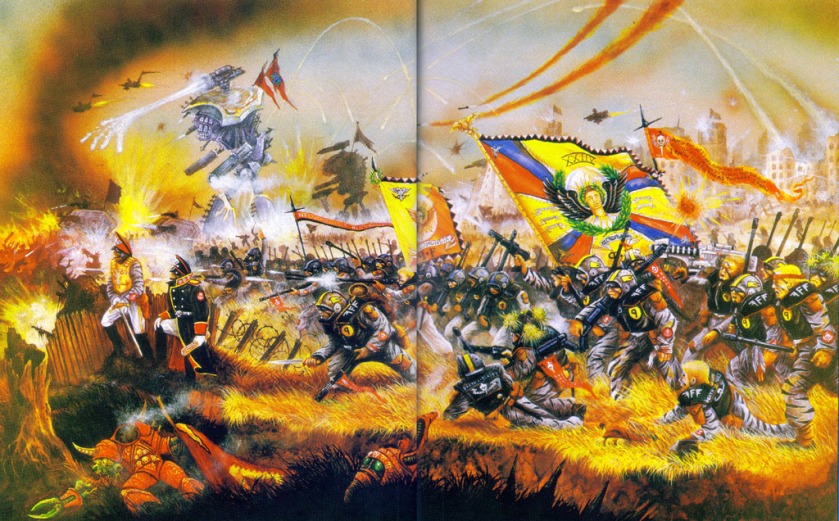 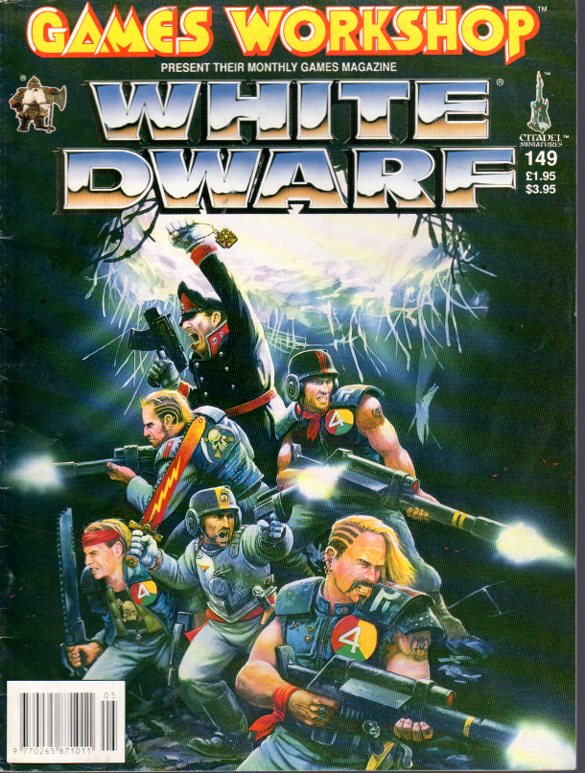 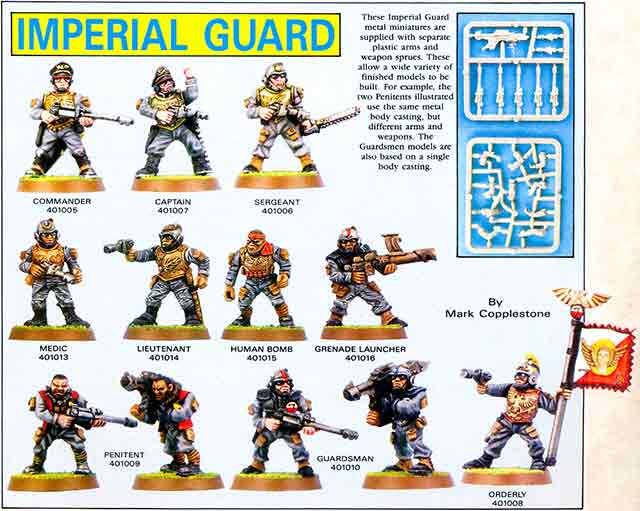 Bit more work done on the Imperial Guard skirmish level force this weekend.  Painted up the Ogryn test piece I made ages ago using Ork Nob arms, the HeroQuest ogre model and some plasticard.  If I do another one of these guys I will go for more green stuff to build up the armour to match in closer to the guardsmen, perhaps even sculpt goggles and a helmet.  The feet would be made into plasteel capped boots.  I like the idea of the ogryns having a bigger version of the force uniform which is something positive which the current version of the Ogryn models have going for them. 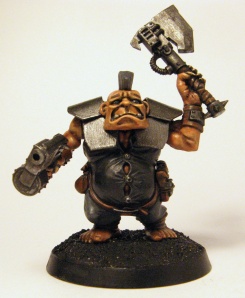 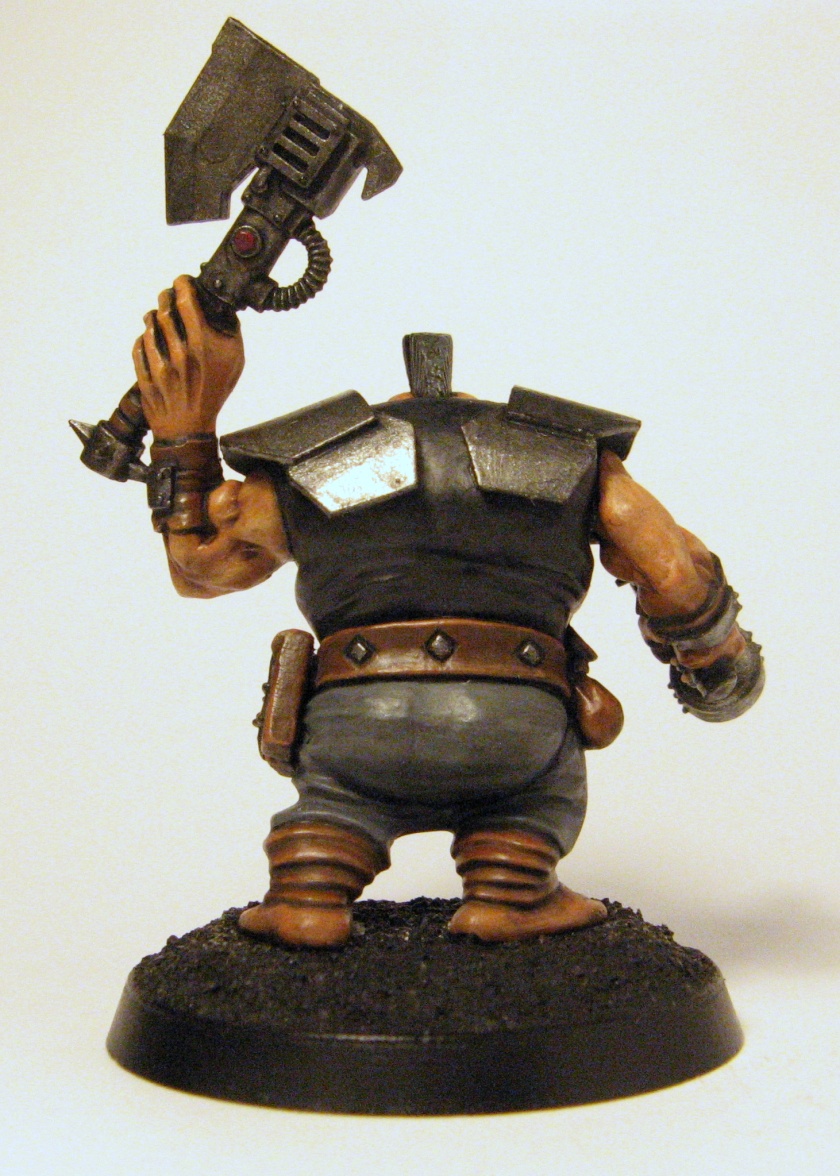 The Guardsmen are getting there…slowly.  Trick is in figuring out how to paint them quickly and keep the feel of the more completed test models. 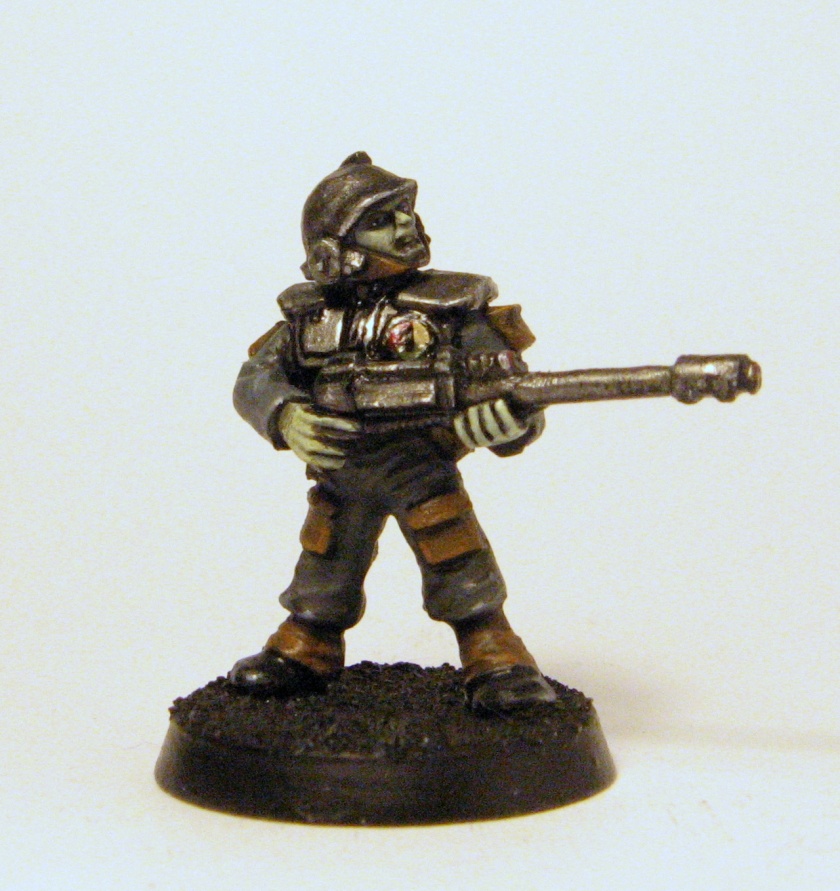 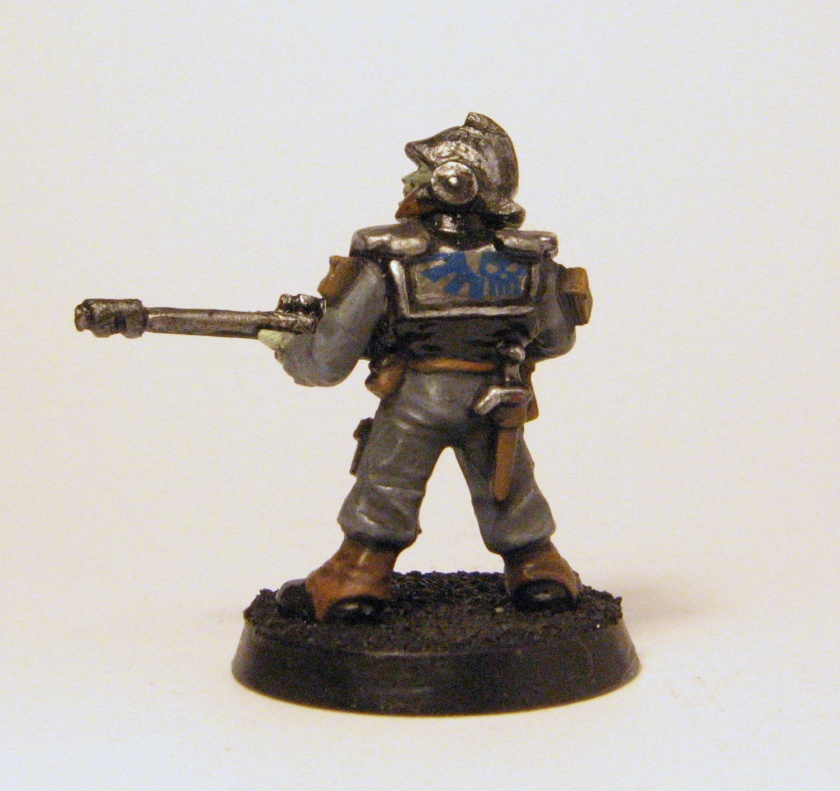 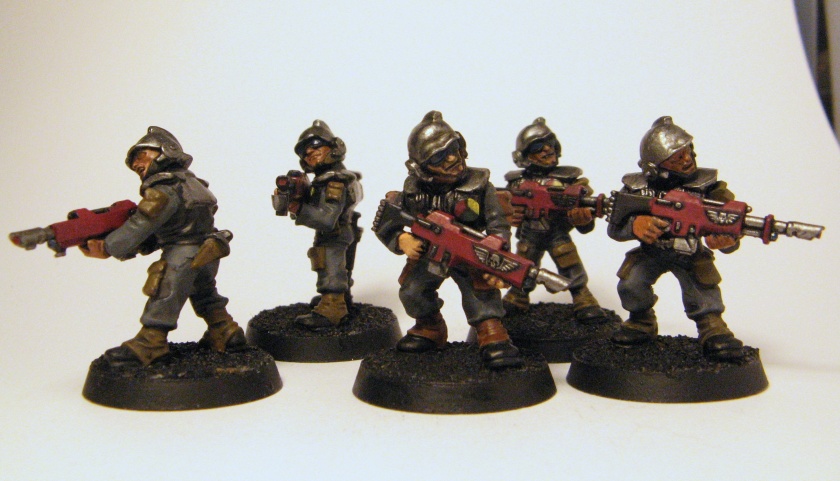 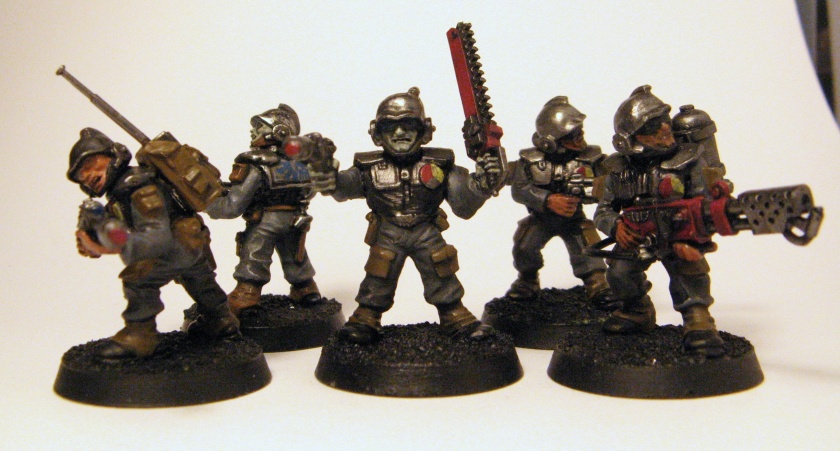 Close Up.  Flat colours with floor wax based magic wash of black ink/devlan mud.  One level of highlights on the skin parts though.  These guys will be painted with a single highlight over a magic wash to get them done quickly.  I can always go back over them later for fine highlights. 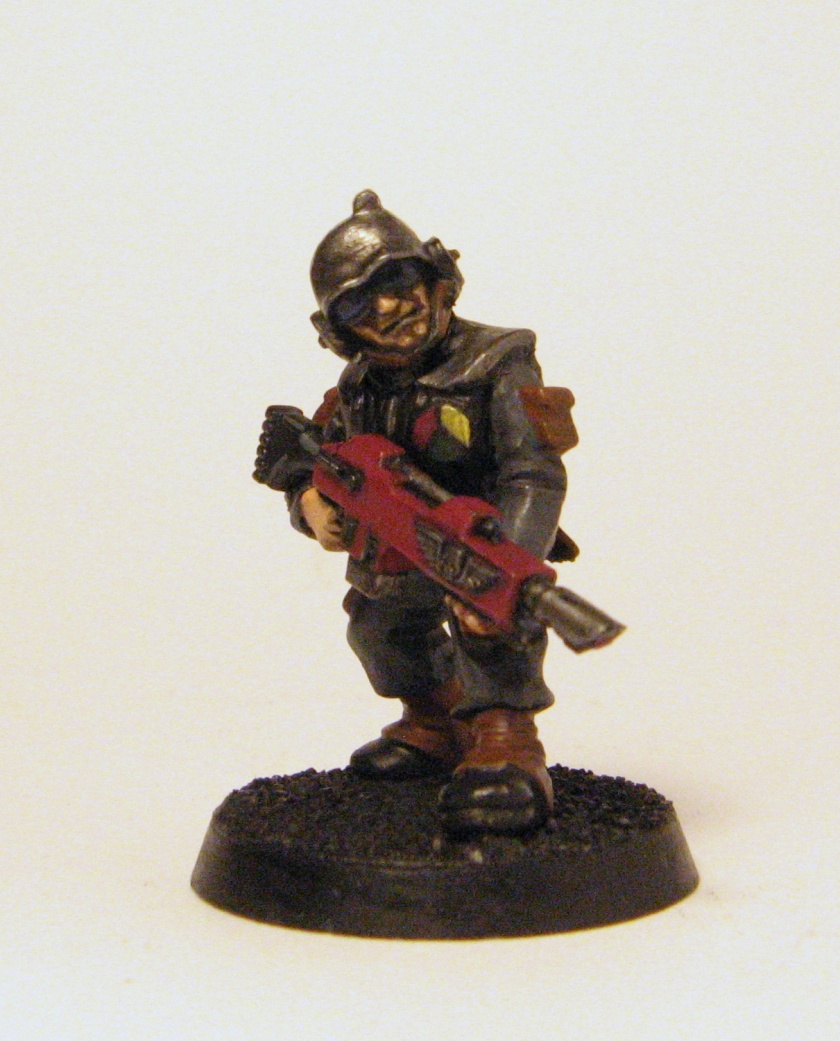