After a weekends gaming shenanigans with Cheetor the painting muse was in effect.  At these sorts of events we inevitably get around to talking about some pretty esoteric project ideas and I usually don’t follow up on any of them…..usually…. 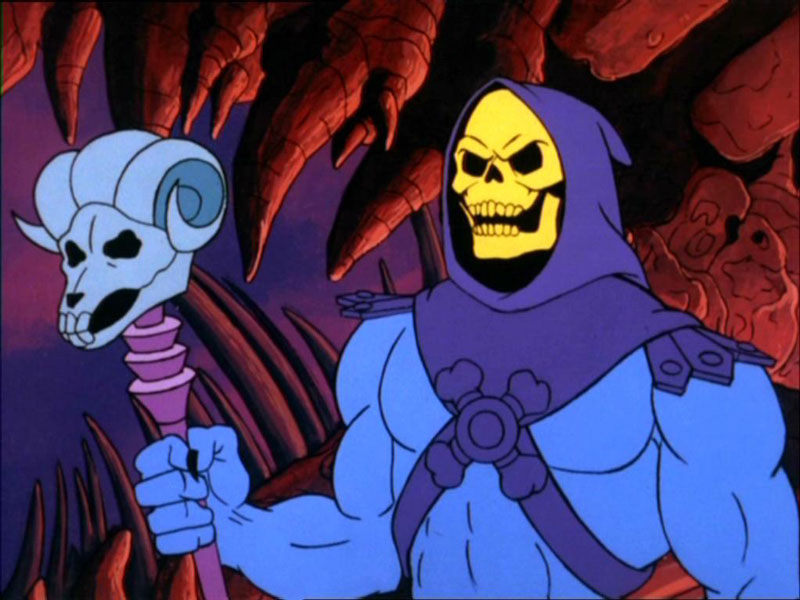 I first noticed the savage ork kit used for conversions on Mr. Saturday’s Mumblings where he used it to great effect building Fimir.  It was not until last weekend that the idea of kitbashing up a Skeletork with it came about. 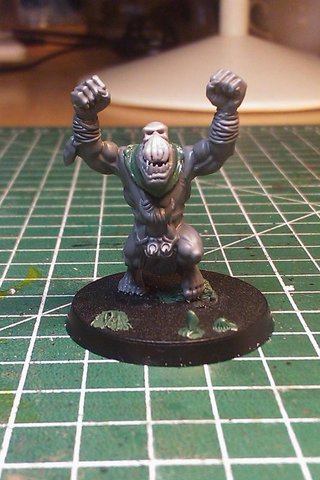 This is the first stage of green stuffing 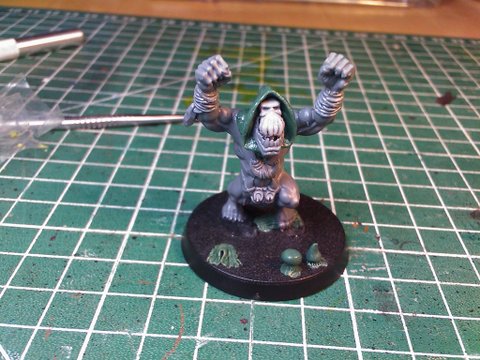 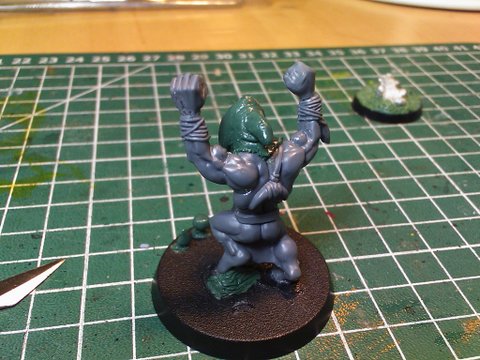 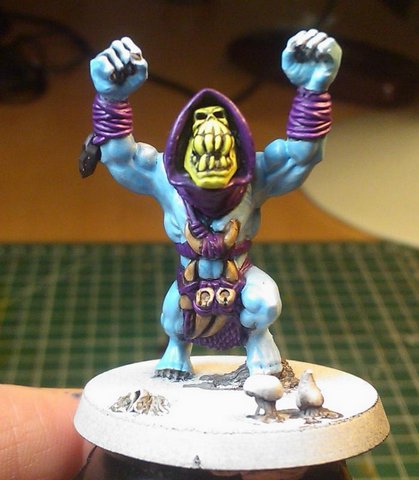 So as you can see the savage ork kit has proved to be an excellent kit for projects set in Orkternia.  Below you can see the completed model.  Skeletork is a very versatile figure and he should expect to see service as a Wierdboy Warphead, Savage Ork Shamman, Chaos Sorcerer, Necromancer…..just about anything I can shoe horn him into.

I will have to add some accessories to him before he is truly completed.  He is just not right without that ram head staff thing.  I will make one and magnetise it to the model later when I have a little more time! 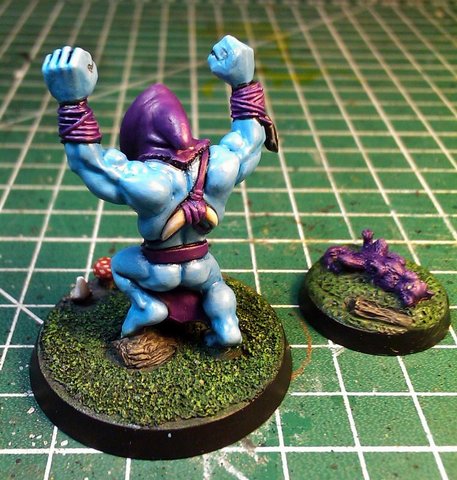 There are more Orkternians that will be added to this modellers Yooniverse in time.  Please leave suggestions in the post box below (and I will ignore them FOOL).

Skeletor expounds his views on what Oldhammer is really about