Apologies if this seems a little long winded today.  Being rather visual I prefer to avoid long winded texts in what is fundamentally a blog about pictures of the miniatures I paint.  Sometimes its just unavoidable, as in this case.

It is a wee bit of my technical process for making bases to measure, feel free to just look at the pictures though, I don’t mind.

Epic 40,000 is played with lots of fun tiny models.  Traditionally in epic it seems to me that models were often unpainted as many of my contemporary players used the tanks unbased.  This is not any problem for the rules as it is generally obvious when something is in range or not.  I am from the “base the damn model!” school of thought – the best painters are I hazard to think.

It is better to protect that nice paint job you spent hours on with a sturdy base.  Basing makes painting much easier as I won’t paw my paint job with my trotters accidentally.  Basing is an opportunity to bring uniformity to your forces, or to designate one part of it from another, e.g. square base – infantry, round base – vehicle.

I had some years previously based my imperial guard Epic tanks using Warmaster bases.  This proved to be kind of not quite what I should have done with them.  What I should have done was used a round convex shape.  Round just works better for more shapes of model than rectangular.  The convex shape means the vehicle model can be placed driving up or down the slope and lurching from one side or the other.  This allows a formation of them to get away from the cookie cutter look of lots of tankmodels on planar bases.

For this project I grabbed a suitable shape to begin with.  The most apt thing I could find to hand was an old flying base which I had previously based with sand and spayed black for some abandoned project.  The epic tanks looked good on it and that was enough for me to make a mould.

I used the two part silicon stuff that hardens from a putty to set in like 10 mins or less.  It takes a bit of trial and error to get it right with this stuff but I like it because I can mould using hot led which is quite dangerous on a few levels but is very 80’s and rock and roll in my twisted mind.   This stuff is soft and easily damaged by carelessness but quite robust vs. lead. It can take a lot of castings (I have gone as high as about 20 but one could certainly do more).  However I found it important to let the mould cool down a little after about 4 castings or the lead takes too long to cool in the mould.

I am not really a fan of resin as it’s not particularly dangerous enough to be exciting but more importantly I can’t bend the $%^! out of a resin casting should I wish to repose a casting a bit.

The base is cast using a high quality lead based alloy

A lovely texture base, exactly what I wanted. 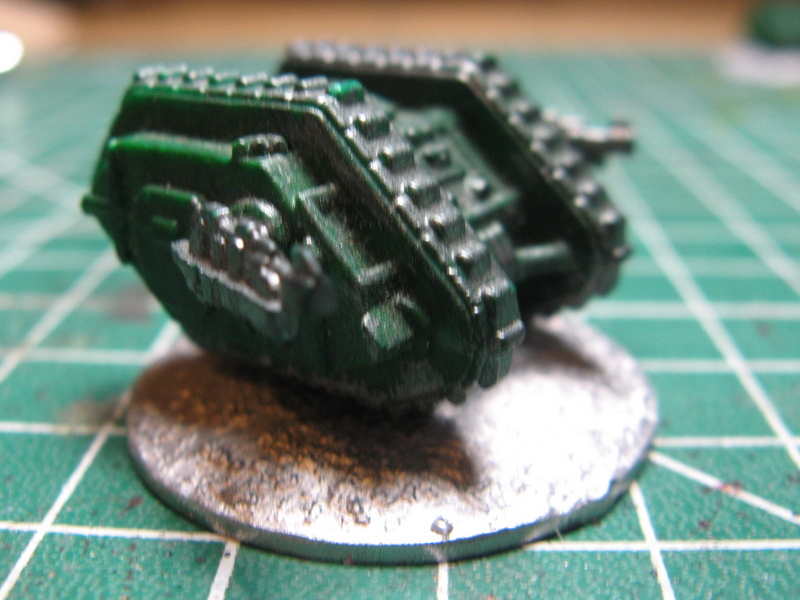 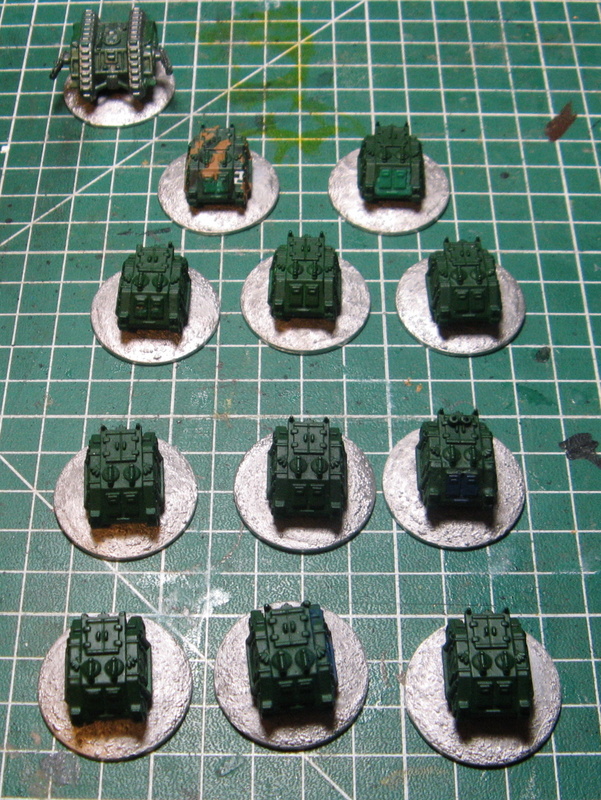 I promised you some Rhinos…

So now I am off to paint the buggers!

Next issue – Assault and Tactical detatchments!